The Indianola Community School District is an Equal Opportunity/Affirmative Action Employer. It is the policy of the district to provide equal employment opportunity and not to illegally discriminate on the basis of race, color, national origin, religion, sex, disability, sexual orientation, gender identity, age or marital status in its employment and personnel practices.

The District will affirmatively recruit women and men, members of diverse racial or ethnic groups, and persons with disabilities for job categories where the representative groups are underrepresented.

Inquiries by employees or applicants for employment regarding compliance with equal employment opportunity and affirmative action laws and policies, including but not limited to complaints of discrimination, will be directed to: 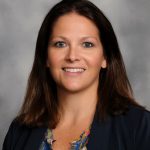